The "Fearless February" Sew-Along.....Part I

I still can't believe how long it's taken me to get a handle on this week. Geesh, you go out of town one weekend and everything just gets thrown off. I'm going to have to sew like a mad woman this weekend to catch up. And that's good since I'm beginning to experience "sewing withdrawal" symptoms.

(Lions are fearless! Couldn't think of a more suitable symbol for the sew-along. I'm doubtful a picture of some spools of thread would've made the same impact LOL!!!)

I know this month isn't over with just yet but I had to reveal my sewing plans for February. I'm just that EXCITED!!! I'm sponsoring my first ever Sew Along---the "Fearless February Sew-Along". The purpose of this sew- along is to encourage myself as well as other to take a big step with their sewing and venture out into some uncharted territory.

I've ALWAYS wanted to have a month set aside where I could attempt/tackle sewing  projects that I've always wanted to but have always been put on the back burner due to reluctance, intimidation, or plain laziness. Come on, you know what I'm talking about. It's the project that you ALWAYS find an excuse not to sew---for one reason or another. What is it? A coat, tailored shirt, pants, suit, vest or skirt??? How about we go through the list of excuses.


I'm a new sewer?
I don't have the experience?
Those techniques intimidate me?
What if I fail?
I don't feel confident in my skills?
That's not my area of expertise?

Tsk....Tsk! We're kicking all those excuses to the curve and are going for it!!!

Let's just push all those doubts, worries, reluctance and fears to the side and take the plunge. It doesn't matter whether we succeed or fail. What matters is that we learn. Sometimes we're so bent on succeeding that we forget that the experience and learning is the best part. Any any sewer worth his/her salt has a history built on both. Not to pop your bubble, but if you're sewing a jacket for the first time it may not be perfect--I can asure you it won't be. But I guarantee you'll learn how to make it better the next time. But you'll never get to that point if you don't take the first step. Besides aren't you even the least curious about what it would be like to just to tackle that sewing project(s) you've been putting off or avoiding. What about the one you're terrified to tackle??? This quote says it perfectly................

So, Let's go for it!!! Well we have a little more than 10 days to prepare and the entire month of February. Let's make some "sewing magic"!!!. That's great considering you're taking the plunge. Well you are, aren't you???? I'm hoping that by taking such bold steps in February we'll invigorate our sewing for the rest of the year. Start thinking about which project(s) you'd like to sew. I'm getting mine together now and will reveal them next week some time. I'll outline my strategy and sewing plans too!!!  But I'm planning to go big. I've got nothing to lose and alot of learning to gain!!!!! Also if you participate I'd love to showcase your experiences somehow. Maybe in a flickr album or link them back to my page. I'll look into it. Be sure to spread the word to others. Meanwhile..... 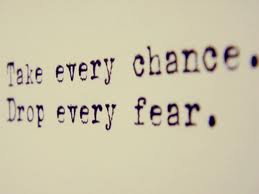 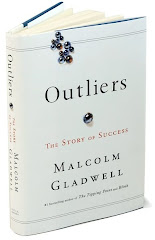 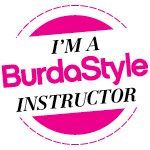